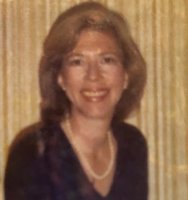 Enid earned her Master of Social Work (MSW) from New York University in 1980.  She worked as a Psychoanalytical Psychotherapist in private practice for over 35 years until her retirement in 2017.

In addition to her husband and parents, she was preceded in death by her brother Michael Princer, M.D., stepson Michael George Leahy, and daughter-in-law Judy Fisher Stern.

An informal time of storytelling and celebrating Enid's life will be held Friday, June 25, 2021 from 10am-12noon at Clark Associates Funeral Home in Katonah, NY.   Immediately following will be a procession to Westchester Hills Cemetery in Hastings-on-Hudson for the interment.