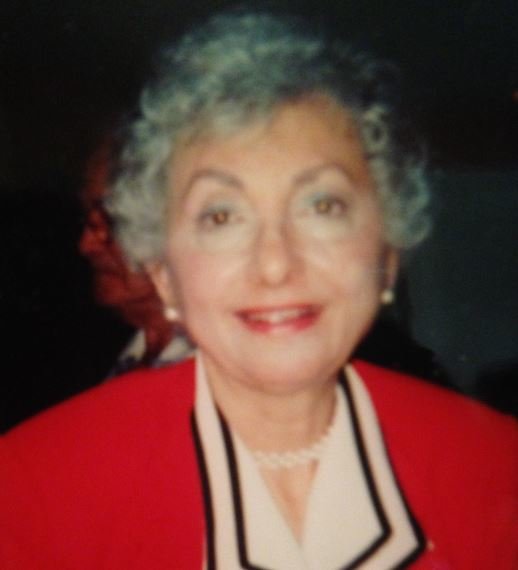 She was born Nancy Margaret Chinni, on August 27, 1924, in Mount Kisco, to Antonio Chinni and Carmella Lampo Chinni. Her parents predeceased her.

Nancy grew up on West Hyatt Avenue in Mount Kisco, a block away from Frederick C. Pasquale, the man she would marry in 1950, but their paths didn’t cross until they met at the Kisco Lanes bowling alley as twentysomethings. They fell in love, settled in Katonah in 1958, and raised four children. He died in 1985.

Nancy graduated from Mount Kisco High School in 1942 and was a supervisor of operators for New York Telephone for years. Later, she was an administrator at the Town of Bedford, where her flair for color and occasion made her the go-to event planner. Her Christmas gifts were decorated with the previous year’s holiday cards, and were festooned with impeccably turned ribbon curls.

The Pasquale table brimmed with food, whether for vast family holidays or Sunday dinners, with desserts routinely outnumbering entrees, four to one. “Do you think we have enough food,” was a favorite Nancy line, delivered in her soft voice that always had a smile in it.

“Mom had a lifelong love affair with chicken,” her daughter Laura said.

Nancy also loved clothes and, her daughter Janis recalls, would never leave the house with curlers in her hair or without looking her best. She was a member of the Women’s Civic Club in Katonah and was a member of its choir.

“She embodied all the best attributes of The Greatest Generation,” said her son, Christopher. “She loved her family, her community and her country. She lived her life for her family.”

Nancy knew heartache, having delivered a stillborn daughter, Mary, in 1953, a loss that never left her. And she doted on her grandchildren – who called her “Nannie” – plying them with pancakes.

“She just put a little vanilla extract in them, and butter,” Laura recalled. “But to the kids, they were magical.”

In recent years, Nancy pored over adult coloring books and presented her completed projects to friends and family with pride.

In addition to her husband and parents, Nancy was predeceased by her brother, the artist Peter Chinni, and by her sister, Katherine Amuso.

Survivors include four children: Christopher (Charlene) of Fishkill, New York; Laura (Brad) Prill of Lafayette, Colorado; Janis, of Katonah; and Carla (Peter) Kramer of Westwood, New Jersey. She was the devoted grandmother of Sarah, Julia, Stephen, Carolyn, Bridget, Claire, Joseph and Jack and a beloved aunt to many nieces and nephews.

Share Your Memory of
Nancy
Upload Your Memory View All Memories
Be the first to upload a memory!