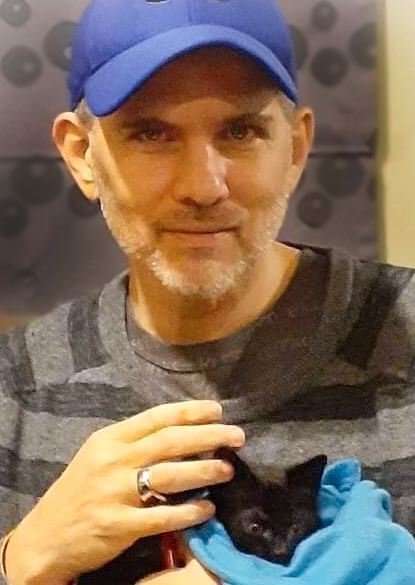 Please share a memory of Thomas to include in a keepsake book for family and friends.
View Tribute Book

Tommy loved animals and cared greatly for the environment.  He knew that both needed our love and support in order to leave this world a better place for all.  His passions were music, especially rock, and playing the bass guitar.  Tommy’s favorite group of all time was the Beatles and it was this group that had a profound influence on his life.  He loved to travel and had lived in various places including Columbia, New Hampshire, Washington, and most recently, Peru.  Tommy connected with people from all walks of life and would make them a part of his own.  His compassion for those in need motivated him to study nursing. He graduated from nursing school with honors in 2005.

In lieu of flowers, memorial donations may be made to the Memorial of Thomas R. Thyne, Jr at People for the Ethical Treatment of Animals (PETA):  https://memorials.peta.org/23/true-friends-memorials/96345/thomas-r.-thyne-jr.. or by calling PETA at 757-622-7382.