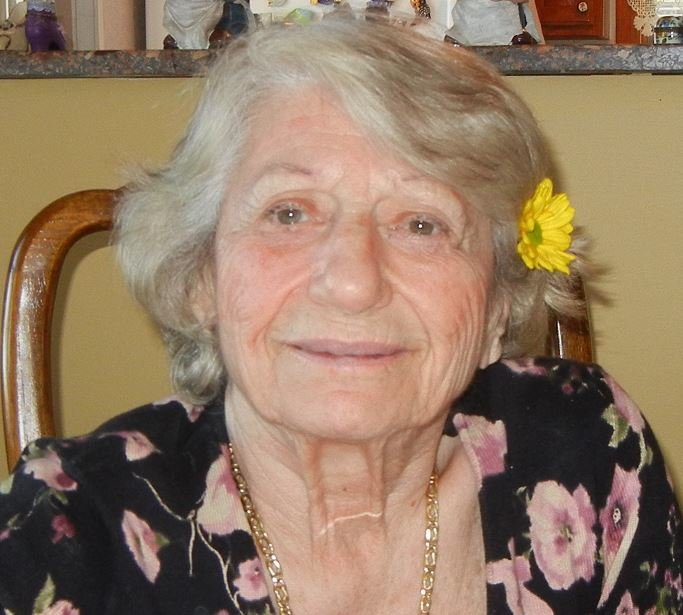 She was the last of 7 children born to Giuseppe and Antoinette Mecci and immigrated to America (Ellis Island) with her mother in 1939 at the age of 12.  Her father had traveled to New York a year earlier in preparation for their arrival where he worked as a chef at the Harvard Club of Manhattan.

Iride grew up in Manhattan and the Bronx where she honed her skills as a seamstress working in a factory.   Sewing came very naturally to her however her true love was her art.  Unfortunately that didn’t pay enough for Iride to continue helping support her parents so she set that passion aside for the time being.   She met and married her husband in 1947 and had 3 children.  Marcella, Denise, and Joseph Peter.

After moving to Westchester she worked in real estate for a brief period before opening her own gourmet food shop in Ardsley, New York named Iride’s Cheese Eatery.  She attended The New York Culinary Institute of America and using the skills she had learned from her father she soon opened a small restaurant at the same location specializing in nouvelle cuisine.

After retirement she spent her time perfecting her tennis and golf game while taking more art classes.  She had a mean backhand and was a fierce competitor on the courts as well as the golf course.  Her paintings and sculptures are constant reminders of what a truly talented woman she was!

She was a friend to many, a loving mother, grandmother, a great grandmother, a homemaker, an entrepreneur, and natural business woman.  She lived in Heritage Hills in Somers NY for over 25 years, yet her final year was spent at Maplewood Senior Living Center in Newtown, CT where she enjoyed the comradery of staff and caring attention of her long time devoted caregiver Veronica Osaah German.

She rests in the loving arms of her daughter Marcella Laramee, and her grandson Andre Marc Laramee.

Visitation for family and friends will be on Thursday, January 7, 2021 from 10:00am to 11:30am at Clark Associates Funeral Home, 4 Woods Bridge Road, Katonah, NY. The funeral service will be held at the Funeral Home following the visitation at 11:30 am with Rev. Timothy Wagner officiating.  Interment will follow at Gate Of Heaven Cemetery, 10 West Stevens Ave., Hawthorne, NY.

Donations to the Alzheimer’s Research Foundation are greatly appreciated in lieu of flowers.

Share Your Memory of
Iride
Upload Your Memory View All Memories
Be the first to upload a memory!
Share A Memory