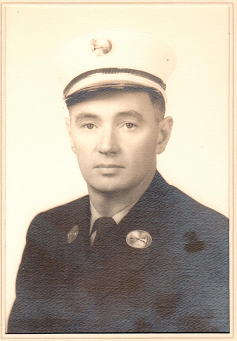 Please share a memory of John to include in a keepsake book for family and friends.
View Tribute Book

He was a World War II U.S. Army Veteran and served in the 63rd infantry division, Company “C, 254th Infantry, 1st Platoon. John earned a Purple Heart and Bronze Star for his bravery.

John served as a Fire Fighter for the City of New York, borough of the Bronx. He retired with the rank of Lieutenant in the early 1970’s.

After his retirement, John worked as an operating engineer for St. Johns Hospital in the city of Yonkers, NY.

John and his beloved wife, Marie “Letty” enjoyed travelling the world together and spending winters in their Florida condo.

A graveside service will be held on Tuesday, April 20, 2021 at 1:00pm at Gate of Heaven Cemetery, 10 West Stevens Avenue, Hawthorne, NY. Family and friends may meet at the cemetery office at 12:45PM.

In lieu of flowers, memorial contributions can be made to: