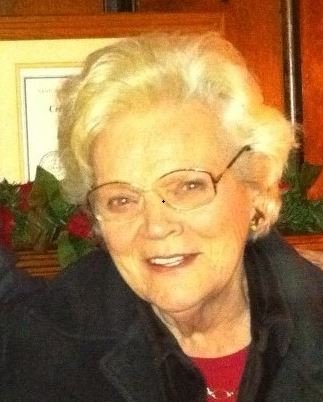 Please share a memory of Janet to include in a keepsake book for family and friends.
View Tribute Book

Janet Elsa (Cuddy) Buckbee, 88, long time Pound Ridge resident, died at Regional Hospice of Danbury on Monday, June 21, 2021 with her sons by her side. Janet was born in Boston on March 7, 1933, the daughter of the late Dr. Thomas S. Cuddy and Gertrude (Reymershoffer) Cuddy. Janet grew up in Natick, MA. and graduated from Dana Hall School, subsequently attending Denison University and Parsons School of Design. While living and working in New York City, she met and married William W. Buckbee (deceased). In 1960 they moved to Pound Ridge, NY where later their son was born.

Janet is survived by her son Hunter (Terry) S. Buckbee of Pound Ridge, her sister Betsey Burn of South Hadley, MA, sister-in-law Helen Cuddy of Sherborn, MA, niece Ginger Burn and husband Dr. Ray Hubbe of Pelham, MA and nephew Jeffrey Burn and friend Mary Flannery of New York, NY. She was predeceased by her brother Thomas Cuddy of Sherborn. She also is survived by James (Sam) M. Dodge, her “second son” and Terry’s “brother from a different mother”.

Janet loved animals and nature. She grew up riding horses and swimming. She especially loved cats, raised purebred Himalayans, had various cats over the years and adopted Pip and Molly, who survive her as the last two denizens of her house and heart.

Janet devoted much energy and love to family and friends. Many holidays were spent with family in MA as well as friends in Pound Ridge, memories of which will be cherished forever.

A longtime member of Pound Ridge Garden Club, Janet was a talented and brilliant flower arranger first as an amateur, then professionally and later developing a successful business. She provided flowers to family, friends and others for their special events. For many years she made the Memorial Day wreaths placed at the Pound Ridge Cemetery and Conant Hall, decorated the large Christmas wreath hung at the Town House, supplied wreaths and roping used to decorate the Pound Ridge Firehouse as well as other businesses and homes.

She was always so happy to share her love of flowers, plants and animals because of the simple joy it brought her and to others.

A Memorial Ceremony celebrating her life will be held at Clark Associates Funeral Home on Tuesday June 29 from 2 to 4 pm.

Donations in her memory may be made to the Humane Society of the United States, the SPCA of Westchester in Briarcliff, Regional Hospice in Danbury, CT. or to a charity of your choice.

Share Your Memory of
Janet
Upload Your Memory View All Memories
Be the first to upload a memory!
Share A Memory