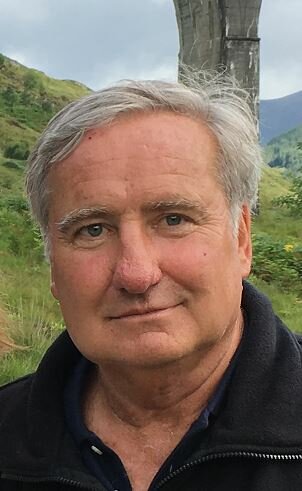 Bill was born in Queens, NY to the late Harold Kuebler and Dorothea (Vermilyea) Kuebler. He spent his formative years and early married life in Chappaqua, graduating from Horace Greeley High School and Pace University.

Bill was a career photojournalist, most recently working, until his retirement, at Gannett Co. for The Journal News. He experienced the world from behind the camera lens with excitement, curiosity and humor. A committed environmentalist, Bill focused his post-journalism life on non-profit and volunteer work. He worked for many years at the Westchester Land Trust in Bedford Hills, was a dedicated volunteer at Teatown Lake Reservation, and co-founded the “Take It or Leave It Shop” in Chappaqua, where he volunteered every Saturday for nearly 20 years right up until his passing.

Bill is the beloved husband of 26 years of Lori Ensinger, the loving brother of Kenneth (Janet) of Madison, CT, and the adoring uncle of Christopher (Brittany) and Kevin (Julia), also of Madison, CT. He is also survived by four grand nephews and nieces, and several cousins.

A private memorial will be held at a later date at Bill’s beloved Captiva Island, Florida.

In lieu of flowers, memorial contributions may be made to the Westchester Land Trust, 403 Harris Road, Bedford Hills, NY 10507.