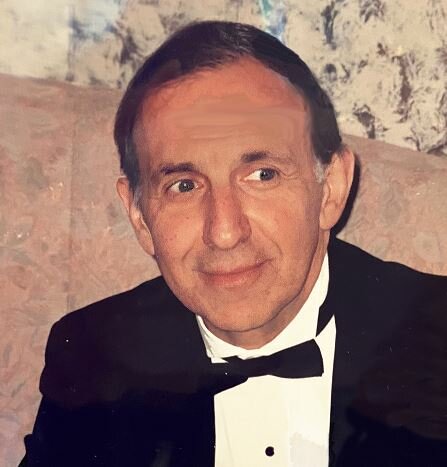 Peter F Ricciardi, 84, of Somers, NY. passed away on October 5th at his

Ricciardi. He attended the public schools in Albany, NY.and graduated from

Boston University with a major in Finance. Peter worked at the New York

Stock Exchange as a Regulator before joining the Syndicate Departments of

a number of large international investment firms including ABD Dominion

from the United States Army as First Lieutenant, Transportation Corps. He

was an active member of the Bond Club of New York, the Princeton Club

and the Downtown Association. He was also a passionate golfer and a

member of the Dorset Field Club in Dorset, VT. His other passions

Peter is survived by his wife, Madelyn. His son Christopher (Stephanie),

daughter, Elizabeth (Tom Deltz) and daughter, Emily Ricciardi. He is

survived by his stepdaughter, Kirsten Carillo, and stepson Andrew

Presbyterian Hospital, the Physicians and Nurses of Northern Westchester

Hospital, his Medical Team at Caremount Medical, Hospice of

Westchester/Putnam County and most especially to his exceptional aide and

In lieu of flowers, donations to the Ossining Children OCC Program

Share Your Memory of
Peter
Upload Your Memory View All Memories
Be the first to upload a memory!
Share A Memory