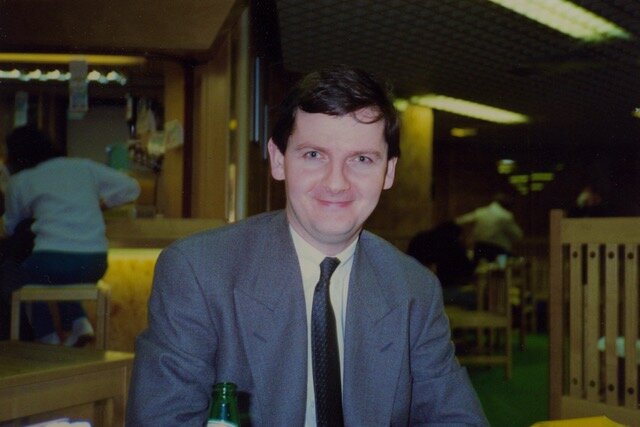 Noel Bernard Donohoe, a resident of Armonk, New York, passed away on July 18, 2022, at his home. Noel was born in Monaghan, Ireland on December 13, 1958, the son of Johnny and Brigid Donohoe.

Growing up, Noel was an excellent student and an avid soccer player. He graduated with a Bachelor of Commerce from University College Dublin and was a fellow of the Institute of Chartered Accountants in Ireland. He had a distinguished career, starting at Price Waterhouse Coopers and Salomon Brothers, before working for over a decade at Goldman Sachs, where he left as Head of Firmwide Risk to join Dune Capital as Partner and Chief Operating Officer. He then held Chief Risk Officer positions at Merill Lynch and DTCC.

Noel moved to New York after University where he met his beloved wife Jo-Ann, and eventually raised his two children Jacqueline and Johnny. A loving father, he enjoyed years of coaching his daughter’s soccer teams and traveling for his son’s Parkour events. In his free time, Noel enjoyed playing soccer every weekend with his friends and supporting his team Manchester United. He loved traveling and spending time with his family.

Noel had a wonderful sense of humor and quick wit that remained a constant throughout his life, and he will be remembered as an incredibly kind and loyal friend to many. A loving and devoted husband and father, Noel is survived by his wife, Jo-Ann Donohoe; daughter, Jacqueline Donohoe; and son, Johnny Donohoe; as well as sister, Ita Donohoe; brothers, Vincent and Sean Donohoe; and nieces and nephews. Noel is predeceased by his sister, Lurana Donohoe.

In lieu of flowers, contributions can be made to the Alzheimer’s Foundation of America at 322 8th Avenue, 16th Floor, New York, NY 10001, please visit https://alzfdn.org/support-us/donate for more details.

Share Your Memory of
Noel
Upload Your Memory View All Memories
Be the first to upload a memory!
Share A Memory