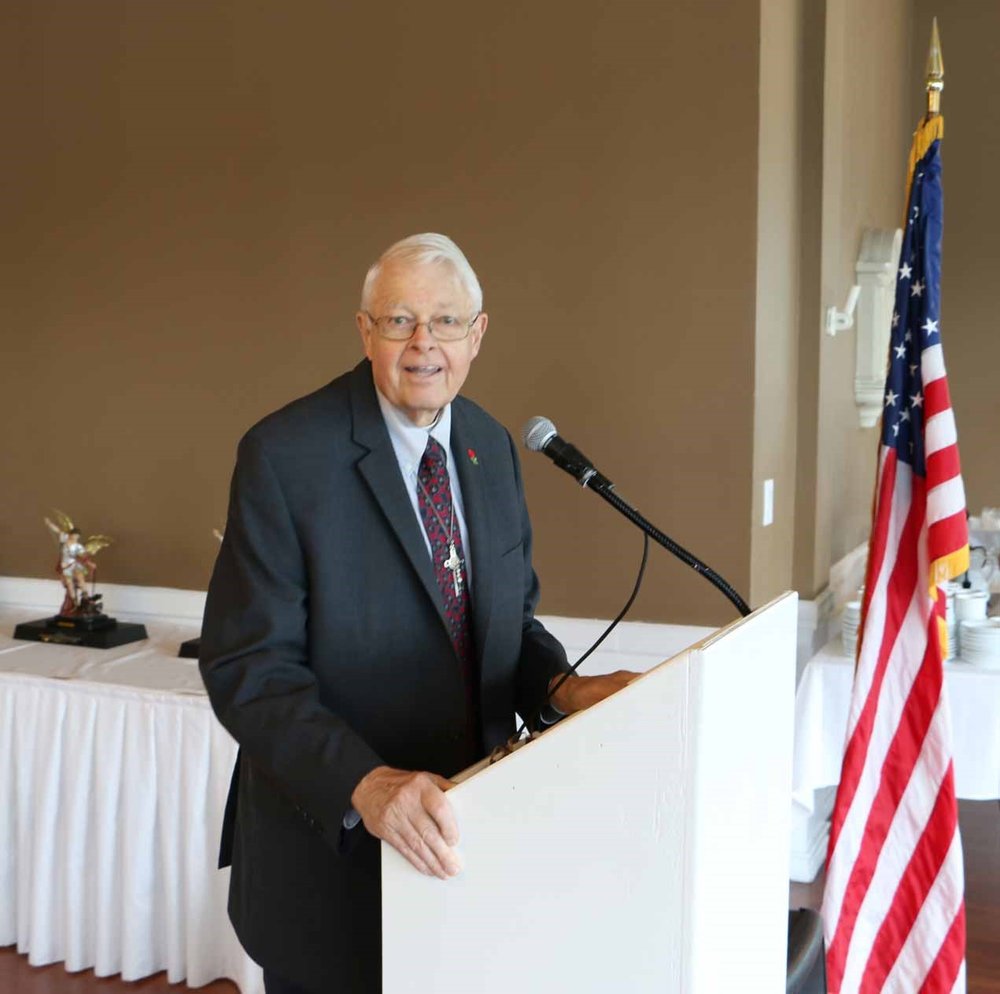 Alan was born in Brooklyn on March 22nd, 1938 to the late Carl and Anne Mehldau and grew up in Garden City, Long Island, graduating from Garden City High School.

He received a Bachelors Degree in Mechanical Engineering from Villanova University and an MBA in Management from Adelphi University.  He served three years with the Navy as a Destroyer Engineering Officer and completed his Navy career in the reserves, retiring as a Captain.

Alan worked 30 years for the New York Racing Association as Assistant and Acting Managers of Aqueduct and Saratoga Racetracks and ten years as Manager of Belmont Racetrack.  He retired as Vice-President of Properties in 1994.

After retirement, Alan co-founded and chaired the Center for Life, located in St. Mary’s School.   He also served as Chairman of the Westchester & Putnam Right to Life Committee, the Northern Westchester and Putnam Vicariate Respect Life Committee, St. Mary’s Respect Life Society and served on the board of the NY State Right to Life Committee. He taught 8th grade CCD at St. Mary’s for over 25 years, served as a Eucharistic Minister, chairman of the parish council and was a driver for "Operation Daily Bread".  He was also a 3rd degree Knight of Columbus.

Alan is predeceased by his beloved wife of 47 years, Margaret (Pam), and survived by their son Alan, Jr, daughter-in-law Pamela and grandson Riley, Sister Carol A. Tighe and husband Mike, Brother Carl J. Mehldau, Jr., and wife Eileen, loving sister-in-laws, brother-in-laws and, nieces and nephews and many wonderful friends.

The Mass of Christian Burial will be celebrated on Wednesday, June 27th, at 11:00 AM at St. Mary of the Assumption Church, 55 Valley Road in Katonah. Interment will follow at South Salem Cemetery, Spring Street, South Salem, NY

Share Your Memory of
Alan
Upload Your Memory View All Memories
Be the first to upload a memory!
Share A Memory