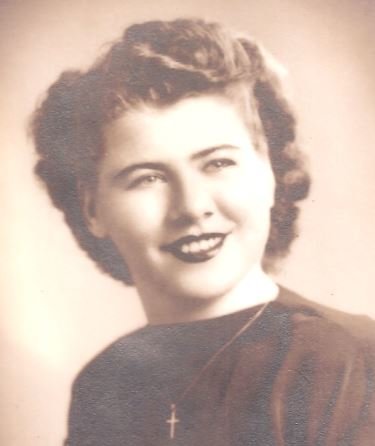 Agnes Grabarits – Fejes, 89 of Putnam Valley, passed away Friday, July 12, 2019.  She was born in Northampton, PA, the  daughter of Istvan and Agnes (Subits) Grabarits.  She travelled  to Hungary in 1930, only to be caught in the fighting in 1945. She became one of the thousands of European Children that had their teenage years ravaged and traumatized by WWII.  As her older sister Mary was taken to the nearby church to be shot in the back 3 times by Russian soldiers,  Agnes had to hide underneath her grandmother’s bed in fear of  being taken by the same soldiers.  Later that week arrangements were made for Agnes to live in a Catholic Monastery in Szombathely for 6 months and then travelled back to the U.S.  to live as a native American Citizen in NYC.

Agnes was predeceased by her husband John Fejes of Bethlehem, PA.  She is survived by two sons, Joseph and wife Jane; Billy; and daughter, Evelyn and husband Ernie. Also survived by five grandchildren, Amanda, Kimberly, David, Thomas and Dean and one greatgranddaughter, Isabella.

Family will recieve friends on Monday, July 15th from 4 to 8 pm at Clark Associates Funeral Home Katonah, NY.  The Funeral Service will be held at the Funeral Home on Tuesday, July 16th at 10am. Interment will  follow at Mountain Grove Cemetery, 49 Harvester Road in Easton, Connecticut.

Share Your Memory of
Agnes
Upload Your Memory View All Memories
Be the first to upload a memory!