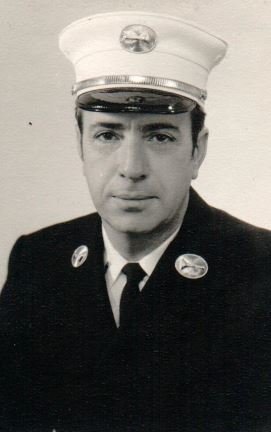 Aldo Pellegrinelli, 84, an 18-year resident of Somers, NY, formerly of the Bronx, died peacefully on Tuesday, July 16, 2019, at home.  He was born on August 13, 1934, in Manhattan to the late Esterina and Quirino Pellegrinelli. Aldo graduated from Stuyvesant High School and attended Stony Brook University.

After serving two years in the Army, he joined the FDNY where he served for 34 years rising to the rank of Captain, retiring in 1993.  Aldo was an avid golfer and long-time New York Mets’ fan.

On April 28, 1957, he married the love of his life, Lena Pini.  They were inseparable and traveled the world together.  Aldo was the loving father of John (Judy) of Hopewell Junction, NY and Janet Fusco (Alex) of Somers, NY;  devoted grandfather of Michael (Emily), Michelle (Chris), Kristin (Matt), Alex (Annika), Greg and Matt; as well as four great grandchildren, Keira, Elina, Juliet and Dominick.  He was predeceased by his brothers, John and Louis.

Share Your Memory of
Aldo
Upload Your Memory View All Memories
Be the first to upload a memory!