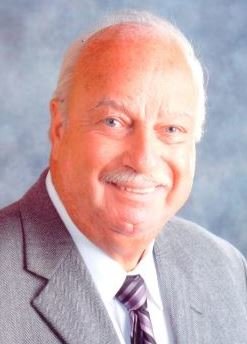 Beloved husband of Helga (Rida) of 50 years and loving father of Corinne Stanton, Robert Jr. (Katie) Stanton, Janine (Richard) Lamb, Rick (Nicole) Stanton. He is a devoted grandfather to Diana, Mikey, Ricky, Rachel, Chloe, Lila, Bobby (III) and Andi.Predeceased by his brother Raymond Stanton, brother in law to Rosemarie Stanton and caring uncle to Raymond Jr., Ronald and Susan. Plus many cousins who loved him dearly.

A graduate of Dewitt Clinton High School and later New York Community College, Bob then pursued his love for law enforcement by joining the Mount Vernon Police Department in 1964.  His first assignment was as a motorcycle cop, “Cycle 3” , then advanced to Detective, until his retirement in 1984. Bob then worked for IBM in security in Purchase, N.Y. Bob also worked for Lehrer- McGovern and White Plains Center doing security. His final place of employment for 30 years was with the Somers Police Department where he advanced to Lieutenant. He thoroughly enjoyed patrolling his hometown and was nick-named the “Stop and Shop Cop.”

Bob’s fondest memories are those times spent with his family in the Poconos where he named the family motto, “Togetherness.”

Friends may call at Clark Associates Funeral Home, 4 Woods Bridge Road, Katonah, NY on Monday July 22 and Tuesday July 23 from 2 to 4 pm and 7 to 9 pm. The Mass of the Christian Burial will be celebrated at Saint Joseph’s Church,95 Plum Brook Road, Somers, NY on Wednesday July 24 at 11:30 a.m.  Interment will follow at Ivandell Cemetery, Somers, N.Y.

In lieu of flowers, please donate to the Robert Stanton Scholarship Fund.  Donations can be sent to the Town of Somers PBA, P.O. Box 501, Somers, N.Y. 10589.

Share Your Memory of
Robert
Upload Your Memory View All Memories
Be the first to upload a memory!