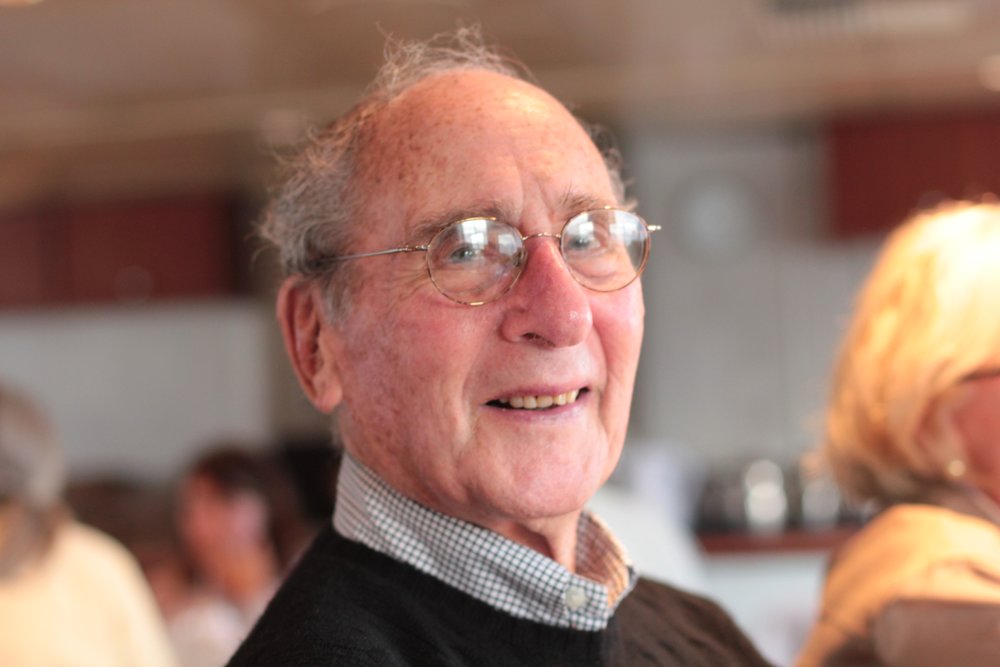 “Nothing trumps luck” was a favorite adage of Malcolm Mogul, who forged a successful industrial business through tenacity but insisted to the end he was the beneficiary of good luck.

He died peacefully on Saturday, July 20, at age 89, after a long struggle with cancer, surrounded by his family.

Indeed, Malcolm had many lucky breaks throughout his long and joy-filled life. First and foremost was meeting his great love, the future Harriette Rosen Mogul, on November 23, 1963, the day after one of the most infamous events in American history. By their fourth date they were engaged, and they got married the following summer, shortly before Harriette’s final year of medical school. Together they raised three children, Jennifer, Frederick and Douglas.

Malcolm was born in Manhattan and grew up there and in Rockville Center, along with his sister, Suzanne. Partly through his own gifts and partly through the values of his first-generation American parents, Helene and Emil Mogul, he was raised with an emphasis on ethical integrity, hard work, intellectual curiosity, incisive wit and adventurous exploration.

He graduated high school at age 16 and initially attended Indiana University, before transferring to Columbia University, where he earned a bachelor's degree in advertising. During the Korean War, Malcolm was drafted into the Army, serving in a counter-intelligence unit in Japan. (On the boat to Asia, good luck struck him, he said, when he contracted chicken pox and a brief quarantine permanently separated him from his Korea-bound unit.)

As dedicated as he was to creating a thriving business, Malcolm's greatest passion was his family. Whether it was leading ski trips to Vermont or Utah, or lounging at home in Chappaqua, he was most in his element surrounded by his wife, children and, later, grandchildren. Helping provide opportunities for them, especially with regard to education, was his great mission in life and his great joy.

He is survived by Harriette Rosen Mogul, of Chappaqua; Jennifer Mogul, John Campbell, and Sydney, Zachary and Nicholas, of Yarmouth, Maine; Fred Mogul and Adrienne Teleki, and Helene and Samuel, of Brooklyn, New York; Douglas Mogul and Alexis Wynne Mogul, and Amelia and Jonah, of Baltimore, Maryland. He is also survived by Suzanne Spector, of Cardiff-by-the-Sea, California, and her daughters, Wendy, Donna and Sharrin.

Malcolm believed in taking risks and living life without regrets. Although he was not a reader of poetry — he was a devoted student of history, international affairs, current events and business news — he was fond of quoting the cautionary lines from a famous poem by John Greenleaf Whittier, “For of all sad words of tongue or pen, The saddest are these: ‘It might have been.’”

In lieu of flowers, donations can be made to the Anti-Defamation League

Share Your Memory of
Malcolm
Upload Your Memory View All Memories
Be the first to upload a memory!