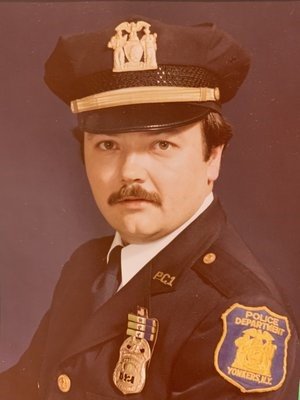 Novotny, Michael “Mike”, 74, passed away on Sunday, September 27th, 2020 in his home surrounded by his family.  Mike was born on July 30, 1946 in Yonkers, NY to the late Michael Sr. and Julia “Beulah” Novotny.  He is predeceased by his brother Robert.

Mike graduated Sacred Heart High School in 1964 and was a graduate of Mercy College in 1971 when they first started their Criminal Justice Program where he earned an Associates and BA degree.  He attended and graduated from the FBI National Academy where he was awarded the “Bart Hose Memorial Award for Excellence in Police Work”.  He is a retired Detective Lieutenant for the City of Yonkers and proudly served the Yonkers Police Department for 29 years.  During his time with the YPD, he was a VP/member of the Capt.’s, Lt’s, & Sgt’s Association (CLSA), served in the Internal Affairs Unit and was designated the commanding officer of the Intelligence Division.

Following his retirement, Mike obtained a private investigators license and started his own investigative business under his own name. He later obtained a contract with the Yonkers Municipal Housing Authority to conduct internal investigations.

After many successful years working for the Housing authority, Mike started to have medical problems. He dealt with them as best he could for many years. But unfortunately he lost his fight.

Mike is the beloved husband of Virginia “Ginny” who predeceased him and is the loving father of Michael III (Michelle), Jennifer Marks (Josh), Lauren (Dan), and stepfather to Darren (Eira).  He is the devoted grandfather “Poppy” of Jack, Conor, Ryder, and stepgrandaughter Gisele.  He is also survived by several close friends who loved him dearly, including the mother of his children, Maureen.

The Mass of Christian Burial will be celebrated on Monday, Oct 5th, 10 AM St Joseph's Church, 95 Plumbrook Rd, Somers, NY.

In lieu of flowers, please donate to the Somers Volunteer Fire Dept. https://www.somersvfd.com

Share Your Memory of
Michael
Upload Your Memory View All Memories
Be the first to upload a memory!