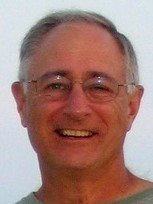 Born in Yonkers, NY, he was the son of James and Betty (Rauppius) Krebser and the loving husband of Doris (Mateer) Krebser, with whom he shared 54 years of marriage.

He graduated from Roosevelt High School, received a BBA degree in Accounting from Adelphi University, and an MBA in Finance from Iona College.  He was employed by Pfizer, Inc where he worked for 33 years at their NYC headquarters.  He retired in 2001 as the Director of Finance in the Quality Control Division.

Pete and his young family moved to Katonah in 1972 and he became actively involved in the community he loved.

Yet Pete’s family was by far the most important thing in his life.  In addition to his beloved wife Doris, he is survived by two daughters: Karen Krebser Parker (John), of Sudbury, MA and Jill Krebser Kaeyer (Andrew), of Marblehead, MA; and five adoring grandchildren: Jack, Brett and Chase Parker; and Hadley and Lane Kaeyer.

Pete loved nothing more than spending time with his family and never missed a holiday or birthday.  He was a regular on the sidelines of every sport his grandchildren played and cherished the family vacations on Nantucket every summer.  He had a passion for cars, especially the classics, and owned a 1954 orange Mercury which he enjoyed taking to car shows and driving all over town with Doris at his side.

Pete was the ultimate friend… he always had a smile on his face and loved to stop and talk with anyone, whether a longtime friend or someone he just met.

He will be greatly missed by all who were lucky enough to have known him.

He is predeceased by his parents and his two brothers, James “Jim” Krebser and John “Jack” Krebser.

Visitation for family and friends will be held on Saturday, October 10, 2020 from 3:00-7:00pm at Clark Associates Funeral Home,

A memorial service will be held at a later date.

In lieu of flowers, contributions may be made in Pete’s memory to either:

Share Your Memory of
Peter
Upload Your Memory View All Memories
Be the first to upload a memory!
Share A Memory