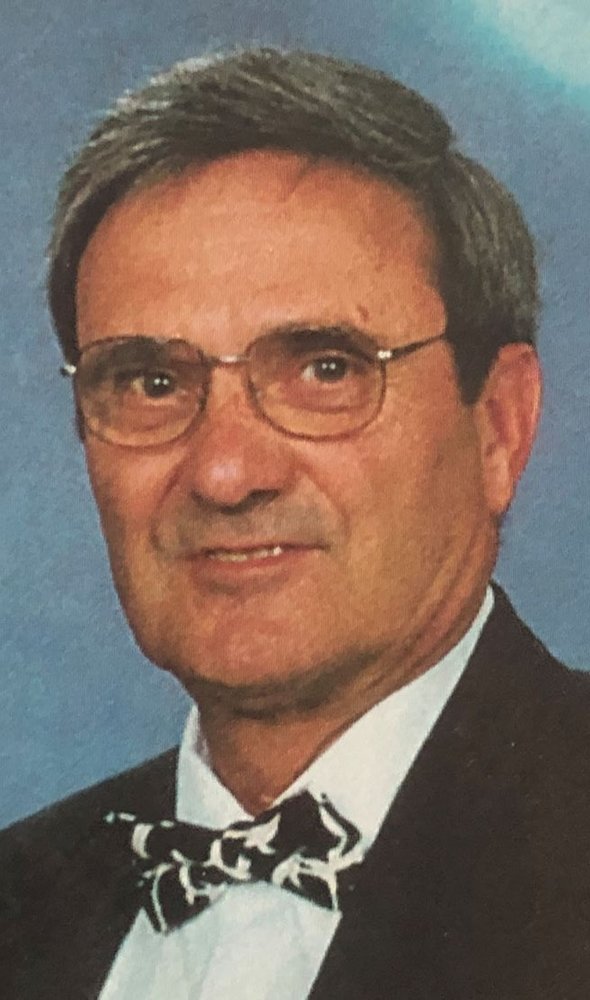 Harry was born on November 14, 1934 in Mendota, IL to the late Harry and Marion Johnson.  Harry served, as a Lieutenant, in the United States Marine Corp. for four years.

He was a graduate of Cornell College in Iowa and received a Master’s Degree in Education from Columbia University.  He was a Physical Education teacher and football/wrestling coach for 34 years, thirty of them at Westlake High School in Thornwood, NY.  Prior to Westlake, Harry was at Port Chester High School for four years and in his first year coached the basketball team to their first state championship.  At Westlake, he was awarded 1970 Wrestling Coach of the Year and was inducted into the New York Section 1 Wrestling Hall of Fame in 1991.  He was greatly loved and respected by his students and athletes many of whom he stayed in touch with his entire life.

Harry is the beloved husband of Mary Ann (née LeDonne) and is the loving father of Cynthia (Bill) of Pawling, NY, Sheryl (Chuck) of Brookfield, CT and Gregory (Kathy) of Seaford, NY.  He is the devoted grandfather of Billy, Corey, Ryan, Charlie, Michael, Justin, and Kayla and great grandfather to Amber.  Harry is brother of Beverly, Linda, Ronald, Gary, and the late George, Carol, and Dorothy and is survived by numerous nieces and nephews.

The Mass of Christian Burial will be celebrated at St Joseph’s Catholic Church 95 Plum Brook Rd, Somers, NY 10589 on Saturday October 10, 2020 at 10 am. Interment will follow at St. Joseph’s Cemetery on Route 100 in Somers, NY.

Share Your Memory of
Harry
Upload Your Memory View All Memories
Be the first to upload a memory!
Share A Memory