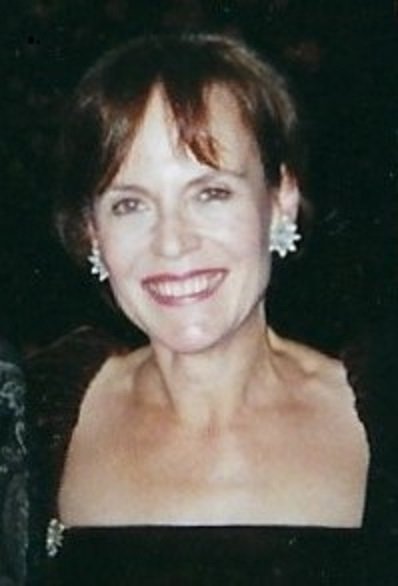 FIRTH - Edmée de Montmollin, died on Tuesday, March 9th, after a long struggle with ovarian cancer. Beloved and devoted wife to Nick, she approached her illness as she did her life - with gallantry, and grace.

Edmee had lived in Bedford NY for some 30 years. She was a member of St Mathews Episcopal Church in Bedford, a past member of the board of the Katonah Museum of Art and the Bedford Golf and Tennis club.

Born in Switzerland, Edmée received the baccalaureate from the Lycée Français in New York, attended Barnard College and graduated from Boston University. She spoke fluent French and German, and what she wryly termed ‘ambulatory’ Italian and Spanish.

As the first Executive Director of the Shakespeare Globe Center North America, she headed the American effort to rebuild Shakespeare’s Globe Theatre in London. She was Executive Director of the Musician’s Emergency Fund and the Wethersfield Foundation. Edmée served on the Boards of the MacDowell Colony, the Metropolitan Opera Guild, New York City Opera, and the Brookdale Center on Aging, as well as the Advisory Board of the New York Foundation for the Arts and the New York Council for Weil Cornell Medicine. She was Co-President of the International Friends of the Festival d’Aix en Provence. Executive Director, since 1991 of the Jean and Louis Dreyfus Foundation she made transformative grants for Aging, Arts, Education and Social Services.

Edmée adored the opera, travel, entertaining and above all, her three children and eleven grandchildren. Edmée and Nick travelled broadly, and made homes in New York City, Bedford, NY and St Remy de Provence. Wherever they were, Edmée found and nurtured a legion of friends, whose kindness sustained her in recent years. They will miss her terribly, but none so much as Nick, her husband of 31 years, her stepsister Robin Martin, her children, Marie-Louise Kirchner, John Slocum, Olivia Beckwith- Smith, stepdaughter Katie Firth Bank; grandchildren Alexandra and Frederick Kirchner; Rosie, Philippa, Eleanor, Camilla and George Beckwith-Smith; Gracie, Mia and Jack Slocum, and Theo Bank.

In lieu of flowers donations may be made to The Metropolitan Opera Guild and Columbia University Herbert Irving Comprehensive Cancer Center.

Funeral services will be private and a Memorial Service is planned in the autumn.

Share Your Memory of
Edmee
Upload Your Memory View All Memories
Be the first to upload a memory!
Share A Memory