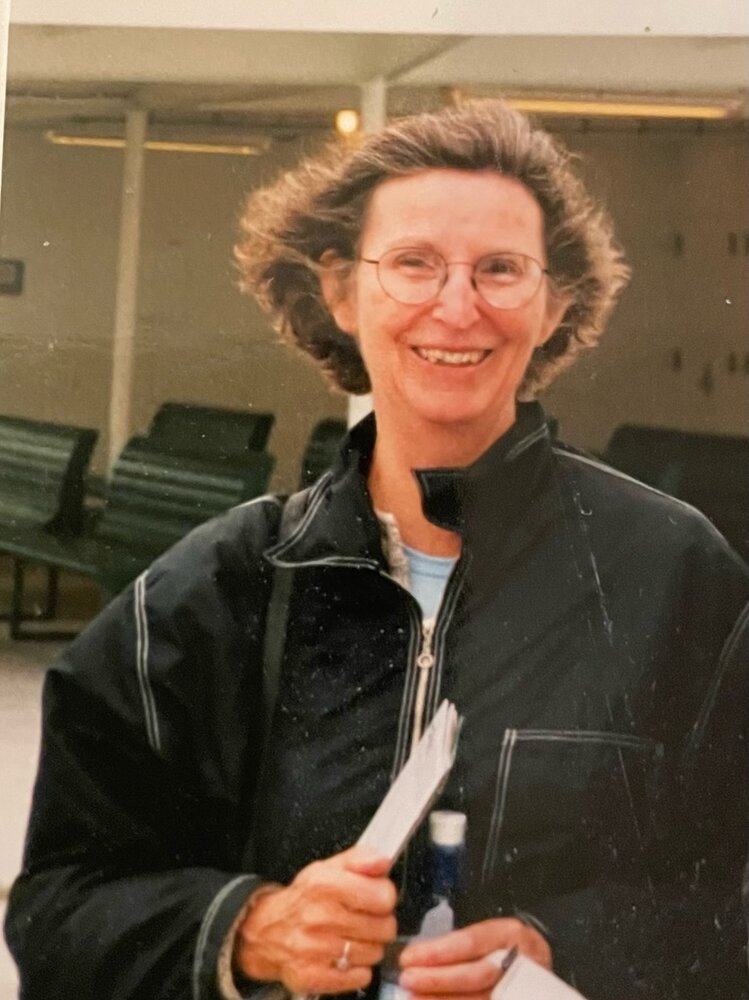 passed away on November 14, 2021 at the age of 85.  She leaves behind her devoted daughter Ellen, son Edward, daughter-in-law Sharon, sister Mary Jo Ross, and ten nieces and nephews.  She was preceded in death by her husband of 57 years, Frank.  Ann was born in Texas, but moved to her mother’s hometown of Charleston, South Carolina after her father’s death when she was 12.  Ann graduated from the College of Charleston and worked for the Charleston Post and Courier newspaper.  She met Frank in graduate school for English at the University of North Carolina.  While Frank taught at Georgetown in DC, Ann was a schoolteacher in Prince George’s County, MD.  They settled in New York, but also spent years in France and Norway, where Frank was a visiting professor.  In the 1970’s, Ann re-entered paid work, as a production editor on academic books and journals for M.E. Sharpe and later Longman Publishing.  While working as an editor, she rediscovered her love of writing poetry, and was published in regional poetry journals.  Ann was a shy woman of deep empathy, who deeply touched many of those around her.

The Mass of Christian Burial was held at St Patricks RC Church, Bedford, NY on Wednesday, Nov. 17, and interment followed at the Pound Ridge Cemetery

Share Your Memory of
Ann
Upload Your Memory View All Memories
Be the first to upload a memory!
Share A Memory