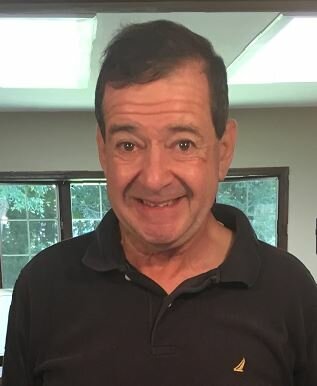 The 52 year long marriage between Mike and Judy was the gold standard of relationships. The two of them had an unbreakable bond. They leaned on each other to survive the worst times, and celebrated the best of times, side by side. To Mike, family was the most important thing in the world. He would drop anything the minute anyone needed him: fixing cars, moving refrigerators up flights of stairs, helping repair anything around the house, or simply cheering on his children at their sporting events with a loaf of Italian bread, pepperoni, and cheese for the team and parents from both sides during the game.

Mike was the longtime owner of Cross River Demon Shell gas station, alongside his son, Michael Jr. Mike became a fixture in the community, and helped teach countless young boys how to repair cars. He was an honest, decent man, and his customers appreciated that they could always trust him. Mike had a passion for antique cars, buying them when they were falling apart, and restoring them to their former glory. Over the years, Mike collected a car from every decade, starting in 1912. He would often bring his antique cars to North Salem High School, or in later years to the schools where his daughters taught, to teach students about the antiques. He even spearheaded the effort to restore an antique fire truck for the Croton Falls Fire Department, where he was a volunteer for 45 years. He rose to the ranks of Assistant Chief and Commissioner during that time.

Michael was dearly loved by all those who knew him.  His family is comforted knowing he is finally at peace and is home with his daughter Jennifer.

In lieu of flowers, donations may be made to either Croton Falls Fire Department  P.O. Box 128, Croton Falls, NY 10519 or The Extended Family, a foundation that supports adults with disabilities (https://theextendedfamily.solutions).

Share Your Memory of
Michael
Upload Your Memory View All Memories
Be the first to upload a memory!
Share A Memory