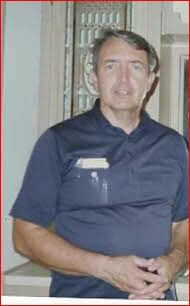 Larry was born on July 04, 1932 in Newport, Indiana to the late Russell and Ruth Fable.  Larry served in the Air Force during the Korean War.

He was a graduate of Butler University receiving his BA in French and Spanish.  He served as a High School French teacher briefly before being recruited to work as a Special Agent in the FBI. He retired from the FBI in December of 1983.

Larry is the beloved husband of Phyllis and is the loving father of Kristi of Somers, NY. Larry is the brother of Vaudene Pedigo, who predeceased him.  He is survived by his brother Robert Fable and nephews Lance Pedigo and Brian Fable as well as his niece Dawn Fable.

A Celebration of Life will take place at a future date in lieu of a funeral.

Share Your Memory of
Larry
Upload Your Memory View All Memories
Be the first to upload a memory!
Share A Memory