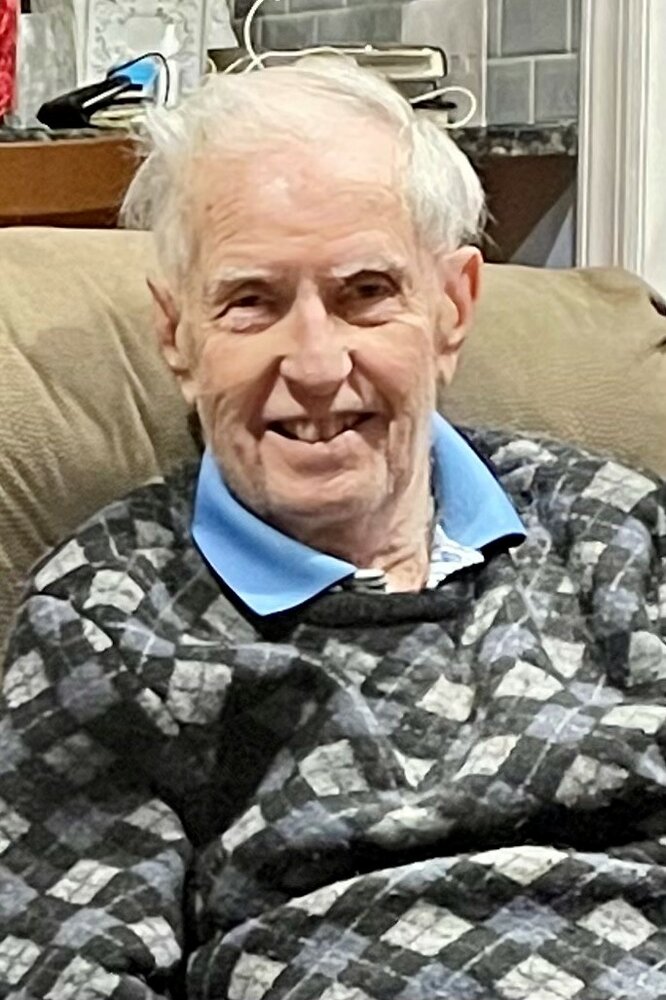 In lieu of flowers, contributions may be made to Friends of the Somers Library: https://www.somerslibrary.org/donations.asp

George was born on March 21, 1929, in Brooklyn, NY to the late George and Catherine McCormick Metz.  He graduated from Pace University in 1950 with a degree in accounting.  George was an Army Veteran who served between 1950-1952 and was stationed in Germany for most of his tour.

George spent his career with Union Carbide Corporation in the Accounting Department working in both their New York City and Tarrytown, NY offices.   He retired after 35 years in 1990.

While his children were growing up, George was an active volunteer/coach with the Mohansic Boys and Girls Club.  He also served as President of the Franciscan High School Fathers Club.

After his retirement, George enjoyed traveling abroad as well as vacationing in Stuart, FL and Cape Cod, MA.  He was an avid golfer and a devoted NY Mets fan.

George is predeceased by his beloved wife Kathy, who passed away in 2013 after 59 wonderful years of marriage. George was the loving father of George (Nancy) Metz of Hopewell Junction, NY and Michelle Shepard of Annandale, VA.   He is lovingly remembered by his grandchildren, P.J, Chris, Ryan, Matthew, Amy, and Kevin.

The Mass of the Christian Burial will be celebrated on Friday April 22nd at 10:00 am at St Joseph’s Church, 95 Plum Brook Rd., Somers, NY.  Interment will be following the funeral mass at St. Josephs Cemetery.

In lieu of flowers, contributions may be made to Friends of the Somers Library: https://www.somerslibrary.org/donations.asp