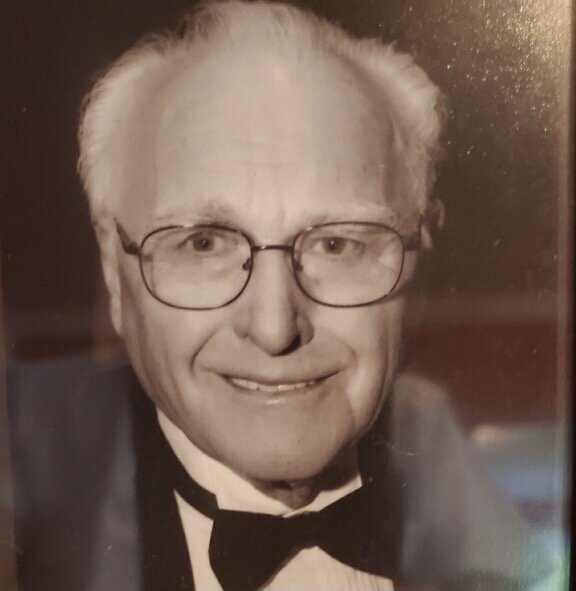 Get Directions
Friday
27
May

Get Directions
Friday
27
May

Franz, or Frank, was born on March 23, 1925 on his family’s farm in Furth im Wald in Bavaria, Germany. He was the youngest of six children of Karolina and Fritz Hartl.  Near the end of World War II, he was drafted into the German army and soon thereafter while on practicing maneuvers was captured by the Russian army in Romania.  He was placed in a Russian POW camp and spent two years there until his release in 1947.

After returning home, he studied to be a Konditor - or pastry chef.  Curious about America he immigrated here in the mid-fifties hoping to work in his professional field.  Unfortunately, it was ascertained he had an allergy to American flour, so he then embarked into various other fields and jobs, eventually owning his own Delicatessen, the Deer Park Deli, in Katonah, New York.  He ran the deli with his beloved wife Annelies while raising their two Daughters, Marilyn and Vivian.

After Annelies’s death of cancer in 1982, he sold the deli and had a variety of jobs until his retirement.  During this period, he met Gertrude “Trudy” Reynolds, and they became partners in  dancing, cruising, and love for the 36 years that followed.

Franz loved sitting outside in the sun, watching the birds in his backyard and going out for a good meal.  He especially enjoyed having a good glass of cabernet or cognac with family and friends.  And we loved when he made his amazing bread dumplings for us.

Besides his daughters Marilyn and Vivian, he is survived by his son-in-law Matt, and loved being called Opa by his grandchildren Crystal, Bryan and Alyse, and Courtney and Pete.  And, he was thrilled that two great grandchildren were on the way.

Mass of Christian Burial will be celebrated at St. Mary’s RC Church, 55 Valley Road, Katonah on Friday May 27th at 11:00am.  Interment will follow at St. Francis Cemetery, Lexington Avenue, Mt. Kisco, NY.

Share Your Memory of
Franz
Upload Your Memory View All Memories
Be the first to upload a memory!
Share A Memory