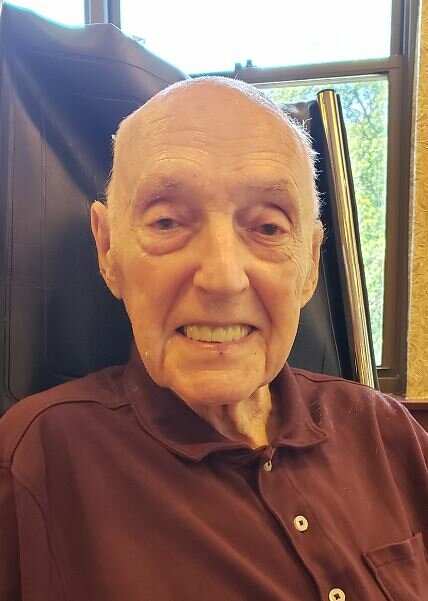 After graduating from St. Mary’s Catholic High School in Katonah, where he played Varsity basketball, he went to Providence College for a time before leaving his studies to enlist in the Air Force.  He served his Country honorably during the Korean War, both overseas and back at home.

In 1951 while still in the service, he married his high school sweetheart, Patricia Graham, and they went on to raise a family together of 3 boys and 3 girls.

“Bob” as he was known to many people, was a genuine people-person, friendly to all he met no matter when or where.

He raised his family working for Charles Department Store in Katonah as the television repairman for Northern Westchester County until his retirement.  Along the way he found time to volunteer in various activities that would bring a better quality of life for his children and others; The Dad’s Club of Somers, the L.L.P.O.A. Homeowners Association and coaching basketball for St. Joseph’s grade School.

Retiring in 1997, Bob devoted his time for his wife, Patricia, until her death.

Always the people person Bob soon found a new use for those “people skills”, volunteering at a local nursing care center.  He loved his work in the rehab department and they loved him, staff and residents alike.  He continued to be a fixture there for 5 years before he retired again for health reasons.

The family will recieve friends on Sunday, July 24, 2022 from 2:00pm to 6:00pm at Clark Associates Funeral Home, Katonah, NY.  The Mass of Christian Burial will be celebrated on Monday, July 25, 2022 at 10am at St. John the Evangelist Church, 225 East Lake Blvd, Mahopac, NY.  Interment to follow at St. Joseph Cemetery, Somers, NY.