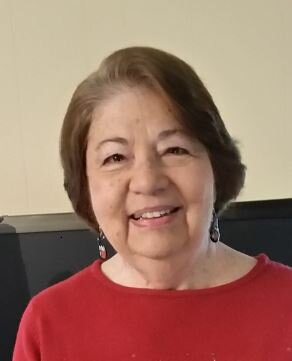 Loretta Nelson, “Lori” of Somers, New York, passed away peacefully at Salem Hills Rehabilitation and Healthcare on Thursday, December 8, 2022, on her 93rd birthday.

Loretta was born in Brooklyn, New York, to the late Hyman and Beatrice Kratenstein.

Loretta is the beloved wife of Irving Nelson. They were married for 65 years before Irv died in July 2015. Loretta is the loving mother of June of Yorktown Heights and Bradley of Somers, a devoted grandmother to Daniel and Alanna, and a great-grandmother to Ava, Amelia, Cameron, and Mae. She is a loving sister to one brother, Morton of Queens, New York.

Loretta was a stay-at-home mother devoting her time to volunteering and nurturing her children. She later became a civil servant doing administrative work for Suffolk County Social Services. When Loretta moved to Heritage Hills in Somers, New York, she became active on the condo board, Club Shalom, and the Photo Club and took part in many of the activities that Heritage Hills offered. She later served as co-president of the Somers chapter of the League of Women Voters. She was a talented painter and photographer and especially enjoyed the vacations and cruises she and her family took together. Loretta was loved by all.

Please make any Memorial contributions to the following:

Share Your Memory of
Loretta
Upload Your Memory View All Memories
Be the first to upload a memory!
Share A Memory