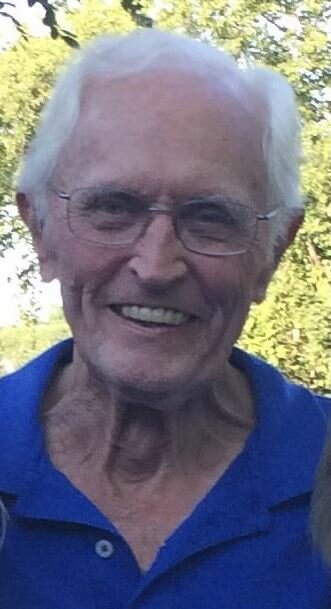 William Guggisberg, the adored husband of Norma, was born January 28, 1930, in Bellerose, Queens, NY.  His parents, William and Wilma (Eichenhauer) Guggisberg predeceased him.

A graduate of Hempstead High School, he was awarded a scholarship to Dartmouth College where he became a graduate of the class of 1952. He served in the US Army where he was Honor Grad of the OCS Class 13. After helping to train a new OCS class, he was deployed to Korea as a Lieutenant in charge of a platoon and was assigned to support a British Commonwealth Division. Upon returning home, the Queen of England named him an Honorary Member of the Order of the British Empire in recognition of his service.

After his service in the Army, he joined North American Philips Company as a Financial Analyst. In 1975 he invested in real estate and continued to manage his properties with the aid of his son, Robert, until his death.

In 1952, he married Norma (Strohm) and together they raised their family of 5 children, first in Rockville Centre, NY and then in Chappaqua, NY. He was a member of the First Congregational Church in RVC and in Chappaqua, where he served as a Deacon and ran the Junior High program for many years. He was a volunteer on the Chappaqua Ambulance Corps and served as an EMTD for more than 10 years. He also assisted his wife with FISH, a group of volunteers helping residents of Heritage Hills in Somers, where they currently reside. He was an avid tennis and paddle tennis player, winning many tournaments both in Chappaqua and Heritage Hills.

Besides his wife of 70 years, he leaves behind his sister Joan Sinnott of St Louis, 5 children: Marilyn (Peter) Donahue, William W. (Cindy), Karen (Andrew) Connor, Robert F and Richard S (Nicole), 14 grandchildren and 7 great grandchildren, ALL of whom were the light of his life.

There will be no memorial service, donations in his memory may be sent to the Alzheimer's Association.