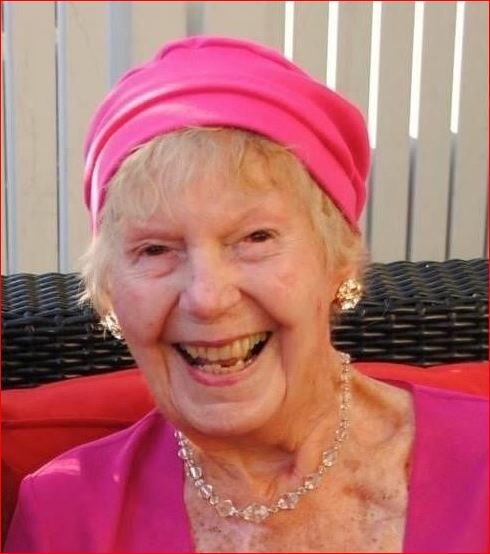 Memorial Contributions may be made to: The Paramount of Somers Rehabilitation and Nursing Home, 189 NY -100, Somers, NY 10589

Grace Ann Gilligan, a 28-year resident of Somers, passed peacefully into eternal life on Friday, January 20,2023.  She was a glorious 103 years of age.

Daughter of the late George Krueger and Anne Krueger Bullinger, Grace was born in New Rochelle, NY on January 15, 1920. Grace was a graduate of A. B. Davis High School.

Grace was married for 55 years to her predeceased beloved life partner, traveling companion and father of four children, Bernard M. Gilligan Sr. Her husband Bernard passed away in 1996. The former Pleasantville couple moved to Heritage Hills of Somers where Grace resided for twenty-eight years.

After raising her children until the fourth child was of school age, Grace was employed by the Byram Hills Central School District.  She was dedicated to her position as assistant to the principal at the Wampus Elementary School where she worked until her retirement.

Grace is a survivor of the Great Depression.  While her husband Bernard was fighting in WWII, she became a "Rosie the Riveter" assembling the wings of the airplanes at the General Motors plant in Tarrytown, NY.  She was a real trooper!

She was vivacious and energetic. She volunteered with the girl scouts when her girls were young and was involved in all four children's sporting activities.  When retired she became the Vice President of the Womens Club, Captain of her condo cluster, Treasurer of Chat and Sew, and a member of the Heritage Hills Society. She was the center of attention while entering a room, always putting a smile on everyone's face.

Grace loved to golf, enjoyed gardening, travel, and especially her love to paint and dabble with oil paintings.

Grace, being an only child, truly cherished and loved her beloved family and her family so adored her.

'She had style, she had grace and she always knew her place." A beautiful mother, grandmother, great-grandmother, aunt, friend, and neighbor.  She will continue to be in our hearts and prayers.

Family and friends of Grace will be received at Clark Associates Funeral Home, 4 Woods Bridge Road, Katonah, NY on Tuesday, January 24 from 4-8pm.

The Mass of Christian Burial will be on Wednesday, January 25 at 10am at St. Joseph's Church, 95 Plum Brook Road, Somers, NY. Burial will follow at Gate of Heaven Cemetery, Hawthorne, NY

Memorial Contributions may be made to: The Paramount of Somers Rehabilitation and Nursing Home, 189 NY -100, Somers, NY 10589

Share Your Memory of
Grace
Upload Your Memory View All Memories
Be the first to upload a memory!
Share A Memory