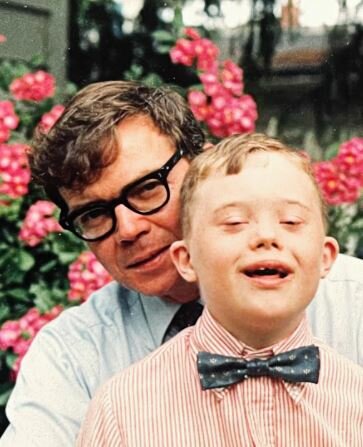 Kevin M. Fitzgerald, 78, of Bedford Hills, died Wednesday, September 15, 2021 at home. Born in Queens, NY on September 12, 1943, Kevin was the son of the late Francis and Anna (Loughlin) Fitzgerald. He attended De La Salle Academy and Fordham University and later earned two master's degrees, one in Shakespeare from NYU and one in library science from Pratt Institute in Brooklyn, NY.

Kevin began his career as an English teacher, first at Monsignor McClancy Memorial High School and then at Cathedral Prep. He and his late wife, Carol, were married in New York City in 1975—they met while working in Columbia University’s law library. A lifelong New Yorker, he had an encyclopedic knowledge of Manhattan neighborhoods and could name business comings and goings by memory. Many neighborhood restaurants knew him by name in those days.

A move to the suburbs in 1976 required the city boy to get a drivers’ license for the first time. He commuted from Bedford Hills to Iona College’s Ryan Library, where he worked until his retirement in 2005.

Kevin was predeceased by his wife, Carol B. Fitzgerald, his in-laws Carl and Anna (McKeon) Bondhus and his brother-in-law Bob Bortolin. He is survived by children Anna (Brian), Katherine (David), Matthew and Maggie (Kevin), grandchildren Will, Henry, Bella and Andrew and siblings Jacqueline (Garry) and Francis (Mary Anne), along with sisters-in-law Diana Bondhus Bortolin and Sandra Vuono Bondhus, and brother-in-law Nelson Bondhus.

In addition, he is survived by nieces Jackie (Gerard), Alice, Anne (Henry), Laura, Mary (Jason) and Alanna as well as nephews Thomas (Christine), Garrett (Jen), Edward, Francis (Anna Maria), Christian (Annie), Rob (Kelli), Michael (Kevin) and numerous great-nieces and great-nephews, all of whom were remembered annually in Kevin’s hobby of gifting quirky t-shirts far and wide. Each one knew they were the favorite niece or nephew.

Calling hours will be held at Clark Associates Funeral Home in Katonah on Sunday, September 19, 2021 from 2-6 pm. A Funeral Mass will be celebrated at 11 am on Monday, September 20, 2021 at St. Mary of the Assumption Church, Katonah. Masks are required at both events.

In lieu of flowers, donations may be made to the Katonah-Bedford Hills Volunteer Ambulance Corps, 160 Bedford Road, Katonah, NY 10536.

Share Your Memory of
Kevin
Upload Your Memory View All Memories
Be the first to upload a memory!
Share A Memory