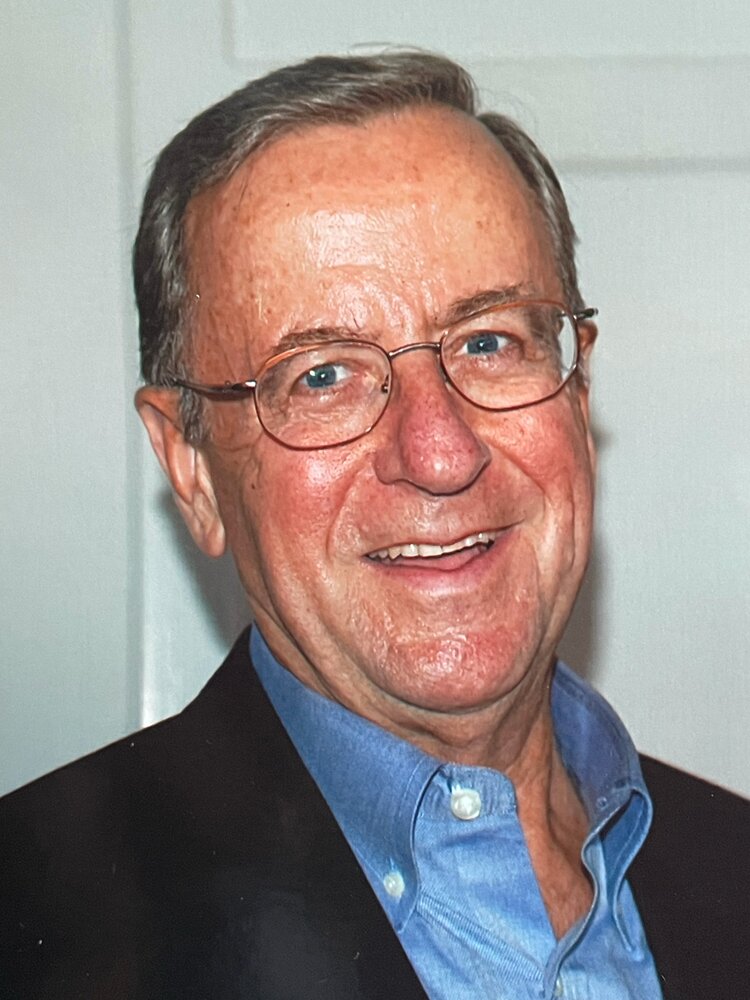 Phil was born on December 1, 1933, in West Reading, PA to the late Ralph and Ada (Redclift) Bailey. He graduated from Penn State University in 1957 with a bachelor’s degree in business administration.

He served as a Private First Class in the U.S. Army from 1953-55 following his sophomore year, stationed in Germany. For his service he received an Army of Occupation Medal, created in the aftermath of World War II and given to recognize those who performed occupation service in Germany, Italy, Austria, Japan, or Korea; and a National Defense Service Medal, awarded to members of the U.S. Armed Forces who served during one of four specified periods of armed conflict.

Following college graduation, Phil spent his entire career at IBM, beginning in sales in 1957, then specializing in intellectual property and licensing until his retirement in 1993. One of his most notable professional achievements was calling on a young Bill Gates in 1980 to explore licensing Gates’ operating system for IBM’s nascent personal computing business.

Phil enjoyed being physically active and was an avid skier, tennis player, and paddle tennis player and a dedicated follower of Penn State athletics, including wrestling, basketball, football, and soccer. He swam competitively for West Reading High School, and he enjoyed being on and in the water for the rest of his life, especially on the beaches of New Jersey and Cape Cod. He was a life member of the Penn State Alumni Association.

Phil is the beloved husband of Mary (Maliniak) and the loving father of Diane (Kevin) Foote, of Chicago and the devoted grandfather of Steven. Phil’s greatest love was for his family, and he is survived by his sister Claire Nelson of South Yarmouth, MA; nephews Harold (Brenda) Nelson of Floral Park, NY, Steve (Bradley Runyan) Nelson of Dennis, MA, and Scott (Kathleen) Nelson and his great-nephew Konner, of Denver, CO; his mother-in-law Joan Maliniak of Thornwood, NY; brothers-in-law Stephen Maliniak (Cindy) of Medway, MA, Michael Maliniak (Phyllis) of Castleton, VT, and Bob (Beth) Maliniak of Yorktown Heights, NY; and sisters-in-law Jeanette Maliniak (Ken Ell) of Westport, CT and Sue (TJ) McDonald, of Ridgefield, CT. He is predeceased by his former spouse and mother of Diane, Ina (nee Moran).

Services will be private.

Share Your Memory of
Philip
Upload Your Memory View All Memories
Be the first to upload a memory!
Share A Memory