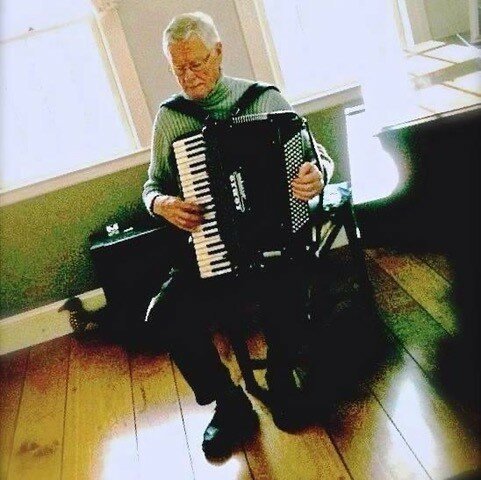 Obituary of Patrick A. Clancy

Patrick was born April 3, 1932 in Northern Ireland, as oft betrayed by his personal brand of Irish witticism and a lilting twang.

He was the eldest son of Ellen and Dan Clancy, and brother to Leo, Maeve, Brendan, Anne, Eugene, Bernadette, Angela and John Clancy.

Musically inclined from a young age, Patrick was a skilled accordion and piano player, a prolific composer, and joyously willing to support and accompany inclinations with song, especially Irish Traditional Music.

He was a brilliant musician, and he loved musical comradery, and its inherent humor. Patrick first came to America with his brothers, Eugene and Brendan in the band, Irish Ramblers, in 1963.

As evidenced by the many friends and family who mourn him, Pat left an indelible impression in this life. In our memories of him as a generous, curious, open-minded, and playful spirit, his life is not ended. Patrick continues to be felt/ heard in his music, and in the stories and laughter of his family and friends that survive him.

In lieu of flowers, The Clancy Family gratefully/humbly request a donation to Danbury Regional Hospice at: https://regionalhospicect.org/

Share Your Memory of
Patrick
Upload Your Memory View All Memories
Be the first to upload a memory!
Share A Memory