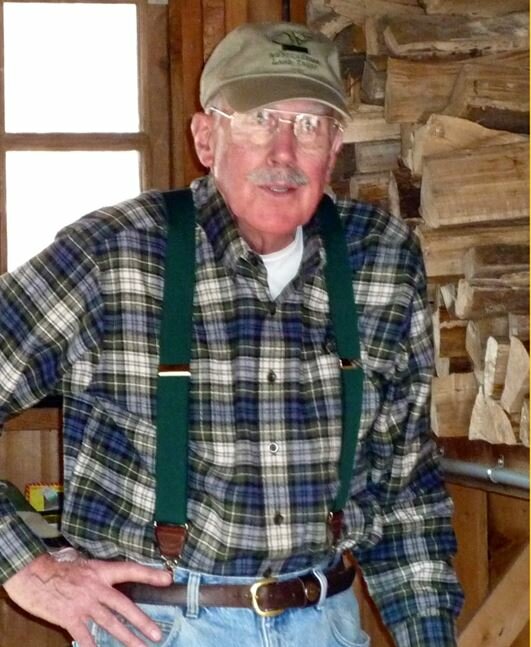 In lieu of flowers, donations in Frank’s memory may be made to the Beaver Dam Sanctuary, PO Box 92, Katonah NY 10536; or the Community Center of Northern Westchester, 84 Bedford Road, Katonah NY 10536.

Born March 14th 1930 in Brooklyn, New York, the eldest child of Frank Fox Sr. and Regina Kiely Fox, he was raised with his siblings at 35 Prospect Park West in Brooklyn and the communities surrounding Huntington Bay on Long Island.

Frank first learned to hunt, fish and trap in the wild places of the North Shore, and despite spending as many hours as possible doing so, graduated from La Salle Military Academy as Battalion Commander with the rank of Lieutenant Colonel. He then obtained a degree in Geophysical Engineering from Colorado School of Mines, and completed his education with a Masters Degree from Columbia Business School.

In 1952, Frank wed his beloved wife of 57 years, Evon Alexander Fox. After serving in the final year of the Korean War, he signed on with the Mobil Oil Company and proceeded with Evon to “follow the oil” from Montana to Venezuela to the Netherlands to Libya, bringing four daughters into the world as they went. In 1970, he returned to Mobil’s New York headquarters, and settled his family on the banks of Bedford’s Beaver Dam River for 50 more treasured years.

Next only to Frank’s love of family was his love for the outdoors. He spent countless hours bird hunting in rural New York and Connecticut, angling for trout in the Beaver Dam and iconic rivers of Wyoming and Montana, and huddled high on his deer stand conveniently overlooking the driveway of his own home. First and foremost a conservationist, he was an outdoorsman who always respected balance in nature, a sportsman who never wasted his catch, and a sugarmaker who never overtapped his grove. He will be remembered by many for the quarts of “Fox’s Fantastic Maple Syrup” he delighted in sharing with friends far and wide.

Frank was also known for pursuing his interests with dedication and a sense of stewardship. An early member of the Beaver Dam Association, he directed the systematic stocking of the stream every April until 2018, when he passed his well-worn list of drop spots to a trusted successor. Volunteers caring for the John Jay Homestead heritage chickens knew they could rely on him to be there not only as scheduled, but on the spot for coop emergencies. And Frank’s weekly hours at the Community Center, where he enjoyed studying and improving his Spanish as he helped pantry patrons, demonstrated his lasting appreciation of the Katonah community.

In lieu of flowers, donations in Frank’s memory may be made to the Beaver Dam Sanctuary, PO Box 92, Katonah NY 10536; or the Community Center of Northern Westchester, 84 Bedford Road, Katonah NY 10536.

Share Your Memory of
Frank
Upload Your Memory View All Memories
Be the first to upload a memory!
Share A Memory