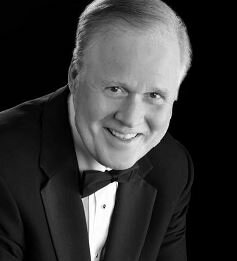 Joseph Patrick Kelleher of Katonah, NY, passed away at the age of 70 peacefully at home surrounded by his wife and two children on Friday, November 25, 2022.  The cause of death was Glioblastoma, an aggressive brain cancer.  Joe was diagnosed in May 2022.

Joe was born in New York, NY, on November 5, 1952, to the late James Kelleher and the late Ellen Killourhy.  Joe led a full life of love, hard work, philanthropy, friendship, and dedication.

Joe served as President and Chief Operating Officer of Hutch Management LLC, a Division of Simone Metro Properties, where he was responsible for overseeing the 42-acre Hutchinson Metro Center Office Complex with 1.4 million square feet of Class A office, medical, retail, and educational space, as well as other commercial properties in the Tri-State area.  Joe joined the Hutchinson Metro Center in 2003 at the project’s inception and has spearheaded the successful leasing activity at the complex which is considered one of the most successful office parks in the region.

Joe began his career in the Real Estate Division of NYNEX as Property Manager for the Corporate Headquarters Building at 1095 Avenue of the Americas in New York.  He subsequently served as Director of Property Management for Catalano Kornblum Management Corporation and Winoker Realty Corporation, as well as being the Chief Executive Officer of Casino New York LLC.

In addition to his leadership role at the Hutchinson Metro Center, Joe also served as Chairman of the Bronx Chamber of Commerce, Co-Chair of the Westchester Square Business Improvement District, and was on the Board of Directors of the New Rochelle Police Department Foundation.  He recently served as President of the Boy Scouts of America for the Bronx Council and was on the Board of Directors for the BSA Greater New York Region for eight years.  Joe has been honored by the Bronx Business Alliance, Rotary Club, Bronx Board of Realtors, NYC Police Department, Jacobi Hospital, Manhattan College, Liberty Democratic Association, R.A.I.N., Mercy College, Bronx Historical Society, received the Boy Scouts of America Distinguished Citizens Award, has been designated a Boy Scouts of America James E. West Fellow, and has received the Silver Beaver Award for his exceptional character and his distinguished service within the Bronx Council.

Mr. Kelleher, a Real Property Administrator (RPA), was a member of the Building Owners and Managers Organization, Bronx-Manhattan Board of Realtors, Graduate and Member of the FBI Citizens Academy, and Host of “Bronx Now” on the BronxNet Network. Joe recently received an Honorary Doctor of Commercial Science Degree from Mercy College in recognition of his many achievements.

In addition to all of his amazing business accomplishments, Joe was an extremely talented and gifted musician playing the accordion, the guitar, and piano.  Joe had the most beautiful voice and entertained those who were fortunate enough to be there when he was performing.  He was the only tenor in the choir of St. Mary of the Assumption Church in Katonah, NY, for over 20 years.  He also performed in many local community theater shows.  He always had a band, and most recently “Yesterdaze”, a Beatles tribute cover band. Joe was an avid golfer, enjoyed the gym, and focused on his physical and spiritual well-being.  Joe had a strong Catholic faith and said the rosary every day.

Joe was a devoted husband and father, always placing his family first.  He is survived by his loving wife, Roberta, and two wonderful children, Kristin and Ryan, as well as many dear family members, friends, co-workers, and associates.

The Mass of Christian Burial will be celebrated at St. Mary of the Assumption Roman Catholic Church, 55 Valley Road, Katonah, NY, on Thursday, December 1, 2022, at 11:00 AM.  Interment will follow at St. Francis of Assisi Cemetery, 236 Lexington Avenue, Mount Kisco, NY 10549.

Memorial contributions may be made to the Memorial Sloan Kettering Brain Cancer Research Fund In Honor of Joseph Kelleher: