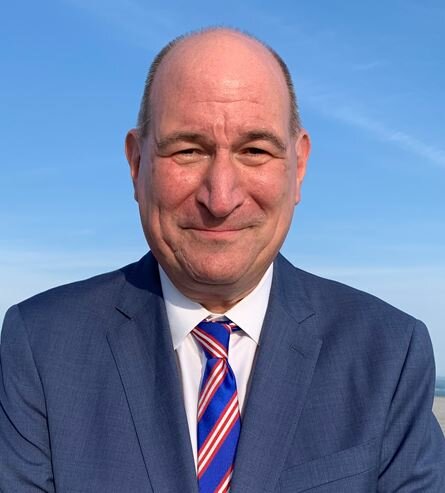 David Wallick of Katonah, NY passed away peacefully surrounded by his loving family on Wednesday, January 4, 2023 after a courageous battle with ALS. David was born on November 26, 1962 in Springfield, MA to Gerald and Lucille (Banner) Wallick and grew up in Needham, MA and Eastchester, NY. He was married to Gina Smith and was the proud father of Griffin and Ryan.

Although David didn’t live in New York until age 10, he considered himself a lifelong New Yorker. David spent his career as an educator, first as an elementary teacher for over two decades and then as an elementary principal. It was a career he loved, and he was happy in knowing he could help others on a daily basis. David had many varied interests but his two favorites were the New York Mets and Broadway. He was a ticket plan holder for the Mets for almost four decades and attended hundreds of games. He loved being in the stadium to watch his team in person. He also loved attending Broadway shows, something he had done throughout his life. David was a lifelong runner. He completed twelve New York City Marathons in addition to many other races. Growing up, he was thankful for his summers at Camp Siwanoy. He met many friends through his camping experience who he kept in touch with throughout the years.